Continuing a Legacy of Innovation Since 1902 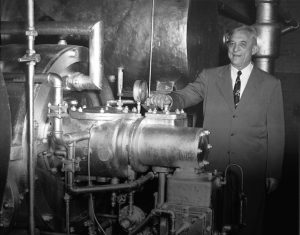 It was just 110 years ago that a young engineer named Willis Haviland Carrier invented modern air conditioning. And while most of us think of air conditioning as a means of staying cool and comfortable, it was first created with a much different purpose in mind.

Originally, air conditioning was developed for Sackett & Wilhelms Lithography and Printing Company in Brooklyn, New York, in 1902 to address quality problems they were having with their presses due to humidity. On July 17 of that year, Willis Carrier, a research engineer at the Buffalo Forge Company, finalized the design to solve the humidity problem plaguing the plant. With Carrier’s design came the birth of modern air conditioning – an invention so novel, its impact would reach far beyond the printing industry.

From these humble beginnings, Willis Carrier became one of the first entrepreneurs to take his business global, as modern air conditioning went on to enable industries around the world. Whether it was controlling the indoor environment to facilitate printing, improving the manufacture of candy and textiles, or aiding progress in health care, air conditioning has been credited with enabling advancements in countless facets of life and business. The invention even revolutionized the movie industry by transforming theaters into enjoyable places to escape the summer heat.

Today, air conditioning continues to play a critical role in everything from high-tech computing to food transportation to human productivity. Without temperature-controlled environments, data centers could not function to power the networks that support the Internet and drive our global economy. The nonexistence of air conditioning would also spell the absence of medical miracles made possible every day with clean-air technology in our hospitals. And we would literally watch history fade away as art, historical artifacts and landmarks could not be preserved. 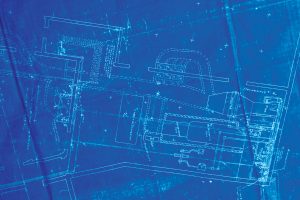 While the influence of air conditioning has expanded greatly over the past century, Carrier has never strayed from a commitment to sustainability. As a natural leader, we have been a founding member of Green Building Councils around the globe, the first to announce a worldwide chlorofluorocarbon (CFC) phase-out and the first to use recycled CO2 as a natural refrigerant to lower environmental impact for marine shipping. We have also built on Willis Carrier’s leadership in training and education through Carrier University and Carrier’s Institute for Sustainability, the U.S. Green Building Council’s® largest Leadership in Energy and Environmental Design (LEED®) education provider.

110 years ago, Willis Carrier invented modern air conditioning. The innovation, and the company that was built around it, would enable countless industries, improve lives and forever change our world – an impact made possible by a man who dared to dream big.

Looking to finance your purchase, we partner with EcoHome Financial to make it easy.

Have a Question?
Book A Service

Looking to finance your purchase, we partner with EcoHome Financial to make it easy.